You have permission to edit this article.
Edit
Home
COVID-19
News
Sports
Obits
Lifestyle
Business
Multimedia
Classifieds
Share This
1 of 2 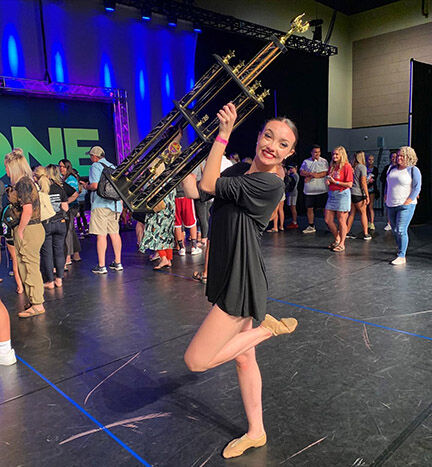 Abbigayle Washburn, daughter of former Hartford City resident Vance Washburn poses with the trophy she won at a national dance competition in Branson, Missouri. Abbi will be trying out for the Radio City Music Hall Rockettes this fall. Photo provided. 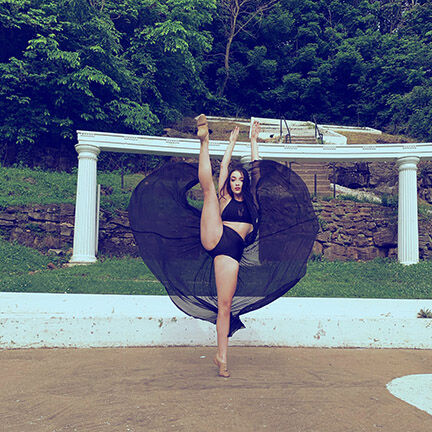 Abbigayle Washburn, daughter of former Hartford City resident Vance Washburn poses with the trophy she won at a national dance competition in Branson, Missouri. Abbi will be trying out for the Radio City Music Hall Rockettes this fall. Photo provided.

By the age of ten, Abbigayle Washburn knew that she wanted to pursue a career in dance. “Dance wasn’t just something that was fun for me to do, it became a necessity,” said the daughter of former Hartford City resident Vance Washburn and his wife Candice who is from Yorktown. Her Grandparents are the late Errol Washburn of Hartford city and Robin Dillinger of Muncie.  Her Uncle, Kem Washburn and Grandmother Judy Washburn still live in Hartford City.

Abbi and her parents currently live in Carl Junction, Missouri where Abbi recently graduated from High School. She began dancing at the age of three, and has danced every year since. She has trained at Ovation Studios in Carthage, Missouri for the past 8 years. She has trained in ballet, jazz, lyrical, contemporary, point, and hip-hop. In addition to her studio dance training she won scholarships to attend the Junior Training Program at Broadway Dance Center in New York City for the previous three summers and also attended the Edge Performing Arts Center in California last summer.  She has been accepted into the Peridance Conservatory in New York City where she plans to train and pursue a professional dance career.

This past June 16th - 19th she competed in the Stage One National Dance Competition in Branson, Missouri where she placed 4th overall in the Senior age group.  She was then invited to participate in the Shoot Out competition where the top soloist from each age group performs a solo routine and are also required to do an improv section and compete against each other. She was awarded Second Runner-up overall in the competition.

Later this fall, she will be auditioning for the world famous Radio City Music Hall Rockettes in New York City. The Rockettes are an American precision dance company. Founded in 1925 in St. Louis, they have performed at Radio City Music Hall in Manhattan, New York City, since 1932.  They are best known for starring in the Radio City Christmas Spectacular, an annual Christmas show, and for performing annually at the Macy’s Thanksgiving Day Parade in New York.

“This is an opportunity that many young girls dream of. We are very proud of Abbi’s accomplishments,” said her father. Abbi continues, “Dance is what had molded and shaped me into the person I am today. Without continuing on in my dance career I would forever have an empty spot in my heart.” This talented young lady looks to have a bright future ahead of her as she makes her way to the “Big Apple” to seek her destiny.