Skip to main content
You have permission to edit this article.
Edit
Inspiration
Just For You
Local
Mind and Body
Nutrition and Fitness
Share This
1 of 2 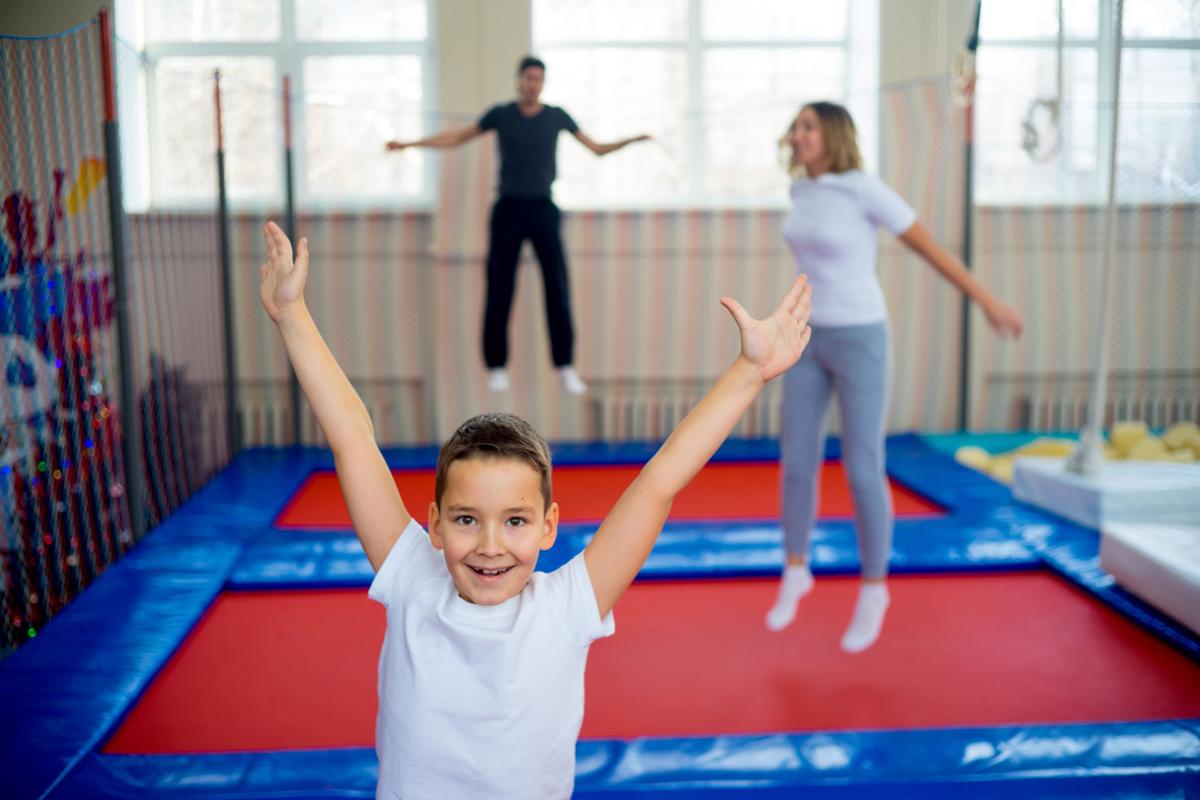 A portrait of happy family in trampoline center 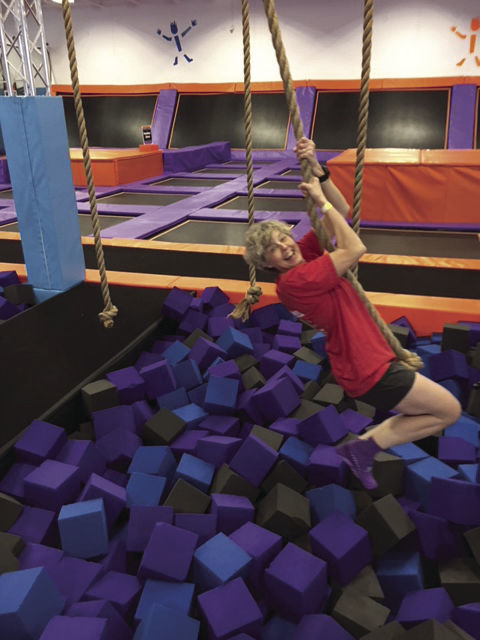 Danette swings from a rope in the obstacle course area of Altitude Trampoline Park in Glen Carbon, IL. The park also has an area for dodge ball and basketball as well as a special section for toddlers.

When was the last time you tried something new?

In early January, I met a friend for coffee and when I told her I was going to a trampoline park for my upcoming fitness adventure. She invited herself along. “There ought to be a playground for adults,” she said.

My friend seen the opening sentence on a restaurant chalkboard and realized she’d gotten into a rut.

We arrived at the trampoline park about 30 minutes after they opened, and by the time we left 90 minutes later moms with preschoolers were trickling in. It was a good thing we had the place to ourselves at first because it took us a while to loosen up and get past feeling awkward.

When Susan and I were in grade school back in the day, we had gymnastics in our physical education classes. We were given instructions on and practiced the balance beam, trampoline, parallel bars and other equipment.

The trampolines at the park are, however, nothing like the ones you see in gym class or backyards.

The facility’s interior is laid out in a grid. The squares in the middle are the trampolines, and there are firmer, padded walkways between the squares and along the outer edges. There were three or four sections of obstacles, each over a foam pit separated by a net by other areas including a toddler area. From what I’ve seen online, this is typical of trampoline parks.

We started out just walking around, getting used to being on the unstable surfaces and gently bouncing on them. The first time I stepped on one of the trampolines I almost lost my balance. Even though I knew it would be unstable – it’s a trampoline after all – my brain and body weren’t in sync.

Then we got braver. We quit feeling self-conscious, and started jumping higher and loosening up. We remembered our gymnastics from years ago: knee tucks and seat drops. More importantly, we remembered how to stop bouncing (when you land on your feet, bend your knees).

I still wasn’t feeling daring enough to do an in-air split. Because the trampoline “squares” aren’t that big, we were concerned we might land on the edge, which, while padded, do encase a metal stability rod. We also were too chicken to bounce high enough to vault ourselves over the edge to the neighboring square, fearing we’d fall on our faces. Maybe next time.

We headed over to the dodge ball arena and were goofing around when a 5-year-old girl and her younger sisters came in. They decided we were good targets for the very squishy balls, so we had a bit of fun with them, chasing them around and tossing the balls gently their way.

Susan and I talked about the fear we develop as we get older. Is it because we know our bodies aren’t as nimble as kids’? Or is it because we’re much more aware of the accidents and injuries that can happen, and fear the resulting pain and inconvenience? It’s harder to heal as an adult. Susan, who admits to being accident-prone, slightly sprained her wrist that day.

Our visit to the park was a good start to finding our inner child again. I would love to go back for a second visit, this time with a real child to run around with.

What you should know

What are the benefits?

Mainly cardio, but your legs will also get a great workout.

You will get o What are the benefits? You can build up a bit of a sweat and pulse rate if you jump long enough and high enough. Even better, it’s great for working on your balance and core stability.

Yes, if you want to feel like a kid again and just have some fun. You can make it as hard or as easy as you like, depending on how often you rest and how high you jump.

How much will it cost me?

We paid $15.95 to jump for an hour, comparable to other areas in the country. Multi-visit passes are available. We had to buy special socks with grippy bottoms for $2.

What equipment do I need?

Nothing. Just remember to grab your grippy socks if you go back for a second visit.

Where do I go?