You have permission to edit this article.
Edit
Home
News
Sports
Obits
Lifestyle
Business
Multimedia
Classifieds
Share This
1 of 3 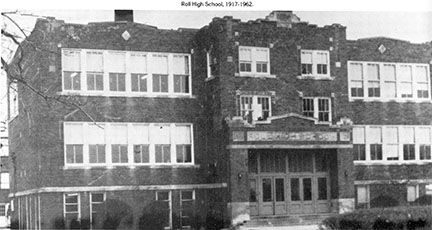 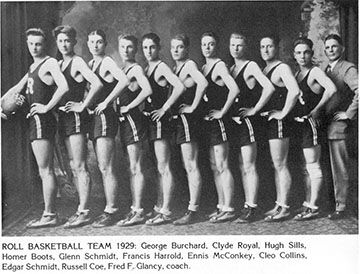 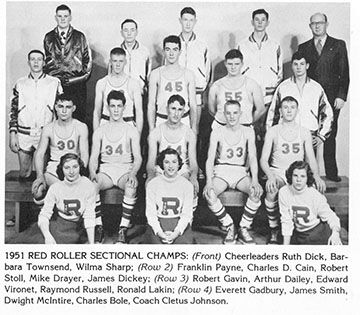 As Hoosiers, the sport of basketball is near and dear to our hearts. Although the class of 1963 was the last to graduate, and the school has been torn down, the tiny community of Roll left its mark on local basketball history during the school’s existence.

The history of Roll dates to the 1850’s when a school was built at the intersection of county roads 100 West and 700 North. A community grew around the school. The town was originally called Dundee. When the Post Office reopened following the Civil War, there was another community named Dundee in Henry County so the town was renamed to Roll after the family of Matthias Roll, an early settler of the area.

The high school began in 1908 with an enrollment of less than 100 students. The school’s first basketball team consisted of six players, Bryson Miller, Fred F. Glancy, Delbert Johnson, Ralph Shadle, Casper Storms, and Luther Glancy debuted in 1912. They played other high schools and some independent teams. Home games were played in a lot owned by the blacksmith George Green. Green also furnished kerosine lights for night games and iron goals and braces. In exchange, the team cleaned the lot, covered it with gravel and erected bankboards.

In 1927, Fred Glancy was hired to be in charge of schools in the township. This led to an improvement of the school’s curriculum and its athletic department. Glancy also arranged for the remodeling of the school and the construction of a large new gymnasium.

After the first basketball game in 1927, the students selected the name of the “Roll Red Rollers” for the team. During their first four years,the Red Rollers were coached by Glancy. They played Montpelier 11 times, defeating them 8 times. They also defeated larger teams from Ossian, Portland, Dunkirk, Upland, Warren, and Hartford City. This was remarkable for a small school that rarely had more than 14 boys out to play basketball.

What we know about Prince Andrew's civil sexual assault case

Lilly Announces the Early Tender Results of Its Pending Cash Tender Offer for Up to $1.5 Billion Combined Aggregate Principal Amount of Its Outstanding Debt Securities and Removal of the Note Caps for Its 3.950% Notes due 2049 and Its 4.150% Notes due 2059

A “miracle” win occurred for the Red Rollers in 1930. Montpelier Coach Marion Wilson invited 12 schools to play in a one day tournament in the Montpelier Gymnasium. The luck of the draw was not on their side, for their opponent they drew the best team, Ossian whose players were all at least six foot tall.

The night before the game, there was a wintery storm. Heavy ice on the lines had brought down many of the telephone poles between Roll and Montpelier. The team left by school bus at 6:00 AM. After removing 24 poles from their path, the team arrived in Montpelier fifty minutes later with only ten minutes to dress and prepare for the game. At the end of the first half, Ossian was ahead 20 to 4. Coach Glancy praised the team for their effort and it was decided that it would be best if only the taller players, Claude Griffith, and Glen Schmidt, took shots in the second half. Ossian did not score a goal in the second half and the Rollers didn’t miss a shot. The Red Rollers won with a score of 22 to 20. During their first year, the team lost only four games. Pretty good for a team with few fundamentals that practiced mostly outdoors on a gravel court.

The team’s emblem, a red steam roller, appeared at games in 1950. It was designed and built by two of the players, John Johnson, and Jerry Glancy. Fans could not see that the roller was, in fact, propelled by a small boy on a tricycle as it rolled across the gymnasium.

The following year was also a good one for the Red Rollers. Under coach Cletus Johnson, the Red Rollers defeated the Hartford City Airedales 49 to 47 to become the 1951 Sectional Champions. The Red Rollers of Roll High School though a small school managed to accomplish some rather remarkable feats during the team’s existence.